Merry Christmas and a Happy New Year to you all!  I have been living in Zambia and working with the Evangelical Lutheran Church in Zambia (ELCZa) for almost a year.  During that time, I have been welcomed and invited into ministry by our siblings in the ELCZa.  The church here has been a blessing, even as the work I am called to has challenged me to develop new skills and ways of ministry that are appropriate for the Zambian context.    As we start a new year, I have made a short video that tells a bit about the ministry I am engaged in with the ELCZa.  You are invited to share this video via social media, in worship services, or perhaps at an upcoming congregational meeting. Enjoy!
Read more

During the months of August and September, I was in the United States visiting congregations in New Jersey and New York, Chicago, and Minnesota and Wisconsin who support me - both financially and spiritually - as an ELCA global missionary.   Zikomo!!   Several congregations asked me to teach a song that is sung in the Evangelical Lutheran Church in Zambia (ELCZa).  Well, the song that I chose, "Yesu Bwenzi La Wochimwa," is familiar to many people in the United States, since it is a translation of the song "What a Friend We Have in Jesus" into the chewe language.  Those of you in the ELCA can find it in english in ELW 742. To my surprise and delight, last Saturday as I was in a meeting at the Matero congregation, I heard "Yesu Bwenzi La Wochimwa" floating in the windows of the church building.  The teens from the congregation were gathered outside for confirmation class, and were rehearsing the songs they would sing in worship the following day, including &
Read more 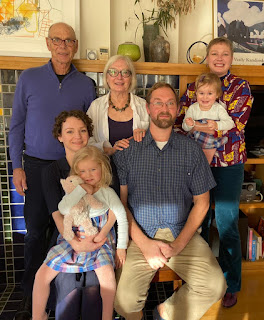 Yesterday I was interviewed by the Lutheran Media Forum for their "Know Your Leader" Program.  The Lutheran Media forum is based in Africa and works to facilitate communication between Lutheran Churches, primarily on the continent of Africa.  The Forum is led by Rev. Witty Mang'unda from Tanzania and David Mangenda from Zambia.   My interview was done via the Lutheran Media Forum Whatsapp group, so the format is a bit less formal and you will see other people's comments and reactions as part of the interview.  I've edited the interview a bit for content and added more pictures. LIFE JOURNEY OF REV KRISTIN ENGSTROM Rev Witty: Good evening family! Warmly welcome to * Know Your Leader Program .* This evening we are taking you through the life journey of none other than Rev Kristin Engstrom , the Facilitator of Leadership Development and Capacity Building in ELCZa.  Your host this evening is the one and only brother David Mang'enda of Lusaka, Zambia and Sist
Read more 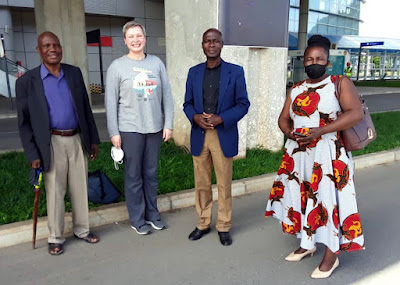 On Thursday, February 10th, I got on the first of three flights that brought me to Zambia to begin my new call as the Facilitator for Leadership Development and Capacity Building with the Evangelical Lutheran Church in Zambia (ELCZa).  I did not know what to expect, except that I was told that I would be met at the airport.  Well, the welcome and support I have received since arriving has been better than I could have expected.  Below are some pictures from my first week in Zambia to introduce you to some of the church leaders and life in Zambia.  I was greeted at the airport three ELCZa leaders.  They are (from left to right): Treasurer Bernard Mapulanga, me, Senior Pastor Geoffrey Njapau, and Secretary General Rev. Mathilda Banda.  It was such a warm welcome to have not just one, but three church leaders meet me at the aiport.  I was tired from two days of traveling, but they helped me get settled in from the moment I left the airport doors.   L-R: Senior Pastor Njapau, myself, one o
Read more 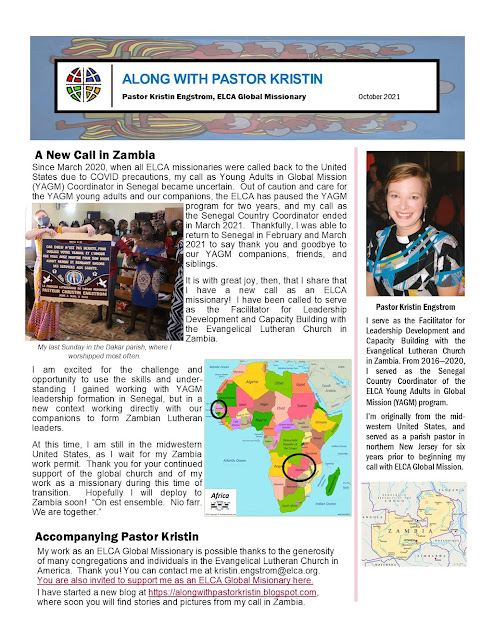 Hooray! There's good news in this October 2021 Newsletter !   You'll find words and pictures of thanksgiving for the four years I served as the ELCA Young Adults in Global Mission (YAGM) Senegal Country Coordinator and news of my ongoing transition to a new call in Zambia through ELCA Global Mission.  Download a pdf of Pastor Kristin's October 2021 Newsletter here .  If you would like to have future newsletters emailed to you, please contact me through the form on the blog menu (3 bars at the top of the screen).
Read more 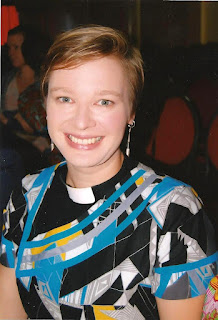 I am excited to share that I have a new call (and this new blog) as an ELCA global missionary!!   I will be serving as the Facilitator for Leadership Development and Capacity Building with the Evangelical Lutheran Church in Zambia.   Currently, I am still in the United States as I await my Zambia work permit.  But hopefully I will get to leave for Zambia soon.  In the meantime, I am trying to read and learn about Zambia ( interview with the new President ) and work on learning one of the 73 national languages of Zambia.  I'm also knitting and hanging out with my two nieces a bit more as well.   Once I arrive in Zambia, I will update this blog with pictures and stories from our companions in Zambia.  My previous blog from my call as the Senegal Country Coordinator of the ELCA Young Adults in Global Mission (YAGM) program is still available here .
Read more

Reading Along with Pr Kristin